By revealing the limiting belief behind it

See procrastination in a new light

It’s a universal experience. It’s not a defect that only seemingly lazy or weak people have. We all do it.

It’s a form of resistance. And resistance is the natural polar opposite of life giving feelings like inspiration and enthusiasm.

Procrastination is a natural energy state that serves a very useful purpose. So stop your war on procrastination. It is a powerful signal for you, not a negative statement about you.

The first gem, and its an invaluable one, is that your resistance is pointing directly to a limiting belief at work in your subconscious.

The second is the action you are putting off is the perfect action that will allow you to see that your limiting belief isn’t actually true. What you are resisting is specifically pointing what will grow you.

Here is an embarrassing example …

I had put off again and again, following up with a store where I had put a piece of jewelry on consignment. Every time I thought of calling, I just couldn’t do it. I felt a heavy sense of doubt and constriction-feelings that didnt line up with the simple event I was contemplating: making a phone call.

Truthfully, I had this wierd internal experience over and over for more than 8 years. Then a time came when I really needed that money. I rememebred about the old consignment and those feelings flooded back in. What was going on here?

I took a deep look at how crazy this behavior was. Thats when I found a limiting belief; around money and not being deserving. I didn’t deserve the money from the sale of that piece of jewelry.

It was disturbing to see how powerfully my thinking had been distorted. And to realize this belief has undoubtedly been a primary driver my whole life. It boggled my mind to think about the level of distress generated from a conditioned, condtricting belief I was not consciously aware of.

What if by not calling them I had actually created a kind of savings account, so I had the right amount of money just when I needed it most? And what if I would actually be helping them to clear up a consignment that had been on their books for more than 8 years? What if they had been looking for me and couldn’t find me? Suddenly, I looked forward to calling them.

It turns out they were very happy to hear from me. The piece had in fact sold several years before. The manager had believed they had already sent me a check. As soon as he looked into it he saw that didn’t happen and he put a check in the mail the next day. And it was almost exactly what I needed.

The tension that is created by inaction has an oppressive effect. In the releasing of that tension there is another gift. There is the tremendous feeling of relief, even a surge of energy, when we finally bust through procrastination and get into movement toward the thing we have been avoiding. It’s instant gratification and it feels like freedom.

Putting this insight to work…

If you’d like to to learn more about your own limiting beliefs, they are hiding in plain sight in the voice in your head, your self-talk.

Download my free 5 Steps to Transform Your Negative Self-talk workbook, how to make your self-talk work for you instead of against you. www.ginnycutler.com 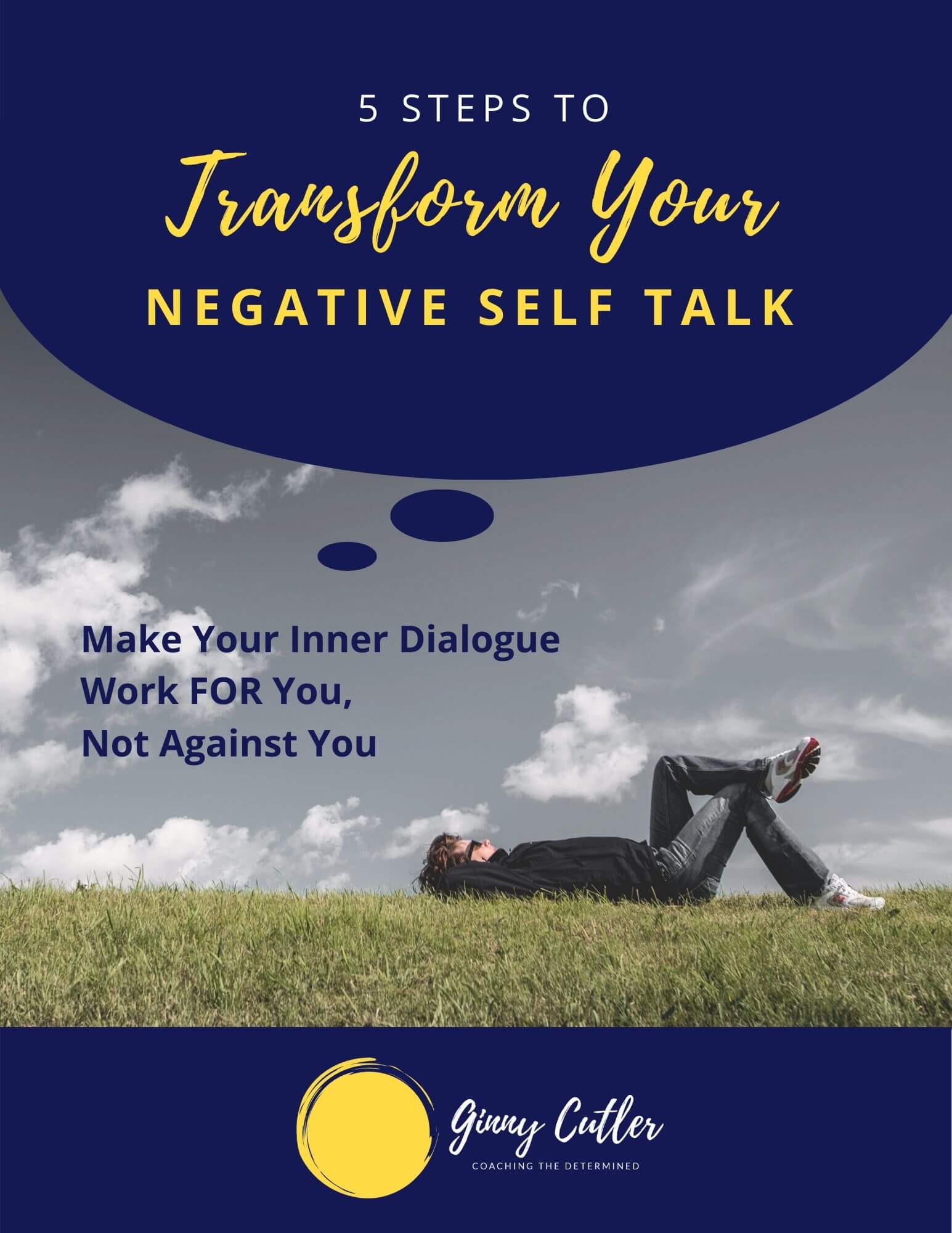 Put your self talk to work for you!

Enter your name and email to download a free gift from me: a 5 step workbook to transform your negative self-talk into your powerful secret asset!

Thanks for subscribing! Please check your email for further instructions.

Something went wrong. Please check your entries and try again.

This website uses cookies to improve your experience while you navigate through the website. Out of these, the cookies that are categorized as necessary are stored on your browser as they are essential for the working of basic functionalities of the website. We also use third-party cookies that help us analyze and understand how you use this website. These cookies will be stored in your browser only with your consent. You also have the option to opt-out of these cookies. But opting out of some of these cookies may affect your browsing experience.
Necessary Always Enabled

Any cookies that may not be particularly necessary for the website to function and is used specifically to collect user personal data via analytics, ads, other embedded contents are termed as non-necessary cookies. It is mandatory to procure user consent prior to running these cookies on your website.

SAVE & ACCEPT
Scroll To Top